Home to the Big 5 wildlife and top wildlife safari destination in South Africa. 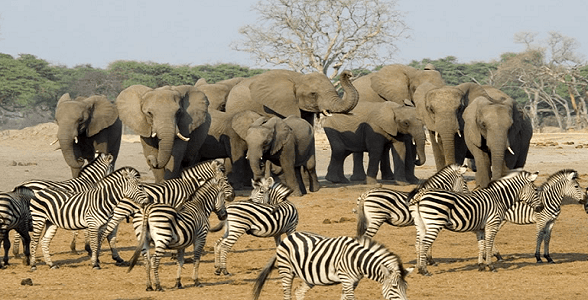 South Africa's largest national park, the Kruger National Park, is the most well-known and famous of the many Game Reserves and National Parks in Southern Africa.

Zimbabwe and Mozambique share the borders of the Kruger Park. 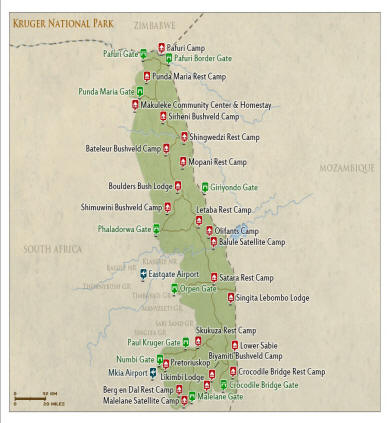 The Park consists of six eco-systems that include the Big 5 animals, 517 different bird species and a huge diversity of other animals.

The Big Five wildlife found in the Park, are the elephant, lion, buffalo, black rhino and leopard.

In 2009 a census was carried out, and the Park’s wildlife numbers were recorded:

There are also other wildlife in this South African Park such as; cheetah, the white rhino, giraffe, kudu, hippo, hyenas, the endangered African Wild Dog, zebras and a large number of various other species.

After many years of hard work by various conservation bodies, the Kruger Park has became part of the Greater Limpopo Trans-frontier Park.

The ‘Kruger to Canyons Biosphere’ has become a UNESCO site, and also includes the National Park.